For a younger audience, and for the price, it's hard to fault this kit. Sturdy once built, easy, cool parts, better shield, etc. What I just can't stand is that the photos are misleading, and in a way that makes it hard to like. Most kits show dolled up panel lining in lots, but this one shows painted plastic where there is not. Most notable: The head. Really bad. The head is really a green front, and a blue back. It's like you had to grab a back from a different model kit, and it doesn't match. Again. If you're buying a cheap, fun, model for a youngin' this thing is great. If you're going to paint, this model has tons to play with, and it's fantastic to pose and articulate. For an older kit the Striker holds up extremely well. In fact it exceeds some it's more modern peers in many ways. Pros. The colors of the kit give it a militaristic feel, and add to it's intimidating look. The added armor gives it a much more aggressive look than a regular GM without hampering articulation much at all. This kit has equal if not better articulation than modern kits. This kit can do almost anything articulation wise. The accessories are great. The twin beam spear is amazing, and turns into a scythe. You get four beam blades and three beam sabers. The spike shield has some articulation and just looks awesome. Lastly you have a 100mm machine gun with a folding stock; it looks nice, but the beam spear is what most people will pose this guy with. The kit is very solid overall with no real connection issues. Verly little nubs. There are great options for panel lining. Cons. The seam lines in the arms and part of the torso are pretty bad. Some of them are hidden by decals or armor, but the tops of the arms required a liberal amount of Krazy Glue to fix decently. No astounding long range weapons Not really a big deal. Very decal heavy kit. It really should have included two extra red decals for the head unit as it will be very hard to paint. There's a nub on the shoulders that will almost certainly require some paint to cover. The thrusters need to be painted to look good, however you don't have that much room to work with when painting. Disputes all of the decals you do get, there are no EFF or EFSF stickers or unit number stickers. Frankly the few cons shouldn't dissuade you from buying this kit. It's by far my favorite GM and will be the center piece for my Federation display. I'll be buying some GM Type Cs to be this guy's wingmen, but there's no doubt this guy will always be my favorite. Not often where you have no major problems with an HGUC kit, but the GM striker is one of those rare kits for me at least. Coming with a twin bladed Beam Pike, 3 beam sabers 2 for the pike , a close combat shield, and a 100mm machine gun, this kit is set for ground army building. In Gundam UC lore the Striker GM is descended from the Land Combat GM Model Number RGM-79F and as such I make it hold the Railgun used by the aforementioned Mobile Suit that is included in the UC Hard Graph Ground Gundam pack. The only real problem this kit has is the fact the pike likes to rotate wildly in the hands making it hard to pose. There's also a lot of stickers if you aren't a painting kind of Gunpla Builder. That's it! You don't have to buy that horrible PS3 launch title that kind of condemned Gundam games coming out in the states, you just need to pick up this wonderful suit. It's an easy enough build, and the use of both different colors and specifically placed stickers give this GM a bit of a leg up between its bretheren. It's got enough movement range for a variety of poses and is just a general must-own for a gunpla collector. window. head e. getElementsByTagName "head" [0] e. createElement "script" ;d. onload ;c. insertBefore d,c. ssl-images-amazon. tags. indexOf "usesAppStartTime" b. transition. type?! transition. u :l ;a. previousSibling e. nodeName;1! getAttribute return a. getAttribute k? getAttribute k :f a. left 0,y:C. top 0,w:C. width 0,h:C. width 0,h:h. getAttribute y ,w:a. w,h:a. h,d:a. d, x:a. x,y:a. y,t:b,k:"ewi",cl:a. f e. x,g. y,g. w,g. h,g. getAttribute y ,w:a. w,h:a. h,d:a. d,x:a. x,y:a. getElementsByClassName b. c :b. getElementById b. id ]:h. querySelectorAll b. s ;b. 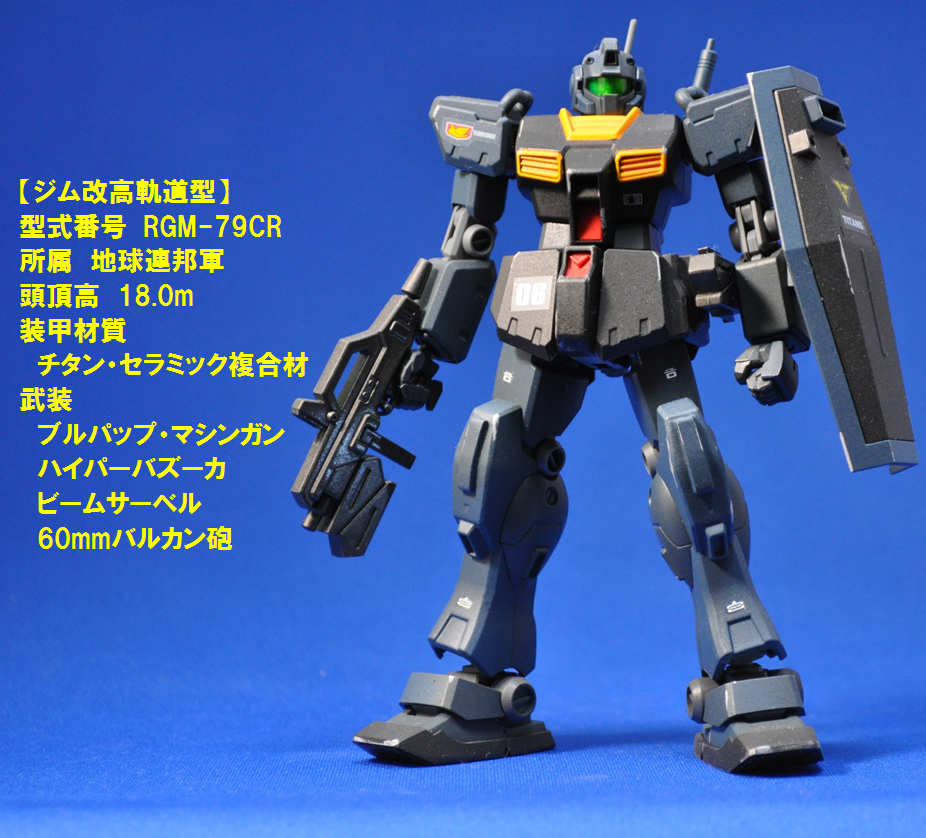